Posted on November 14, 2013 by thepaddingtonfoodie 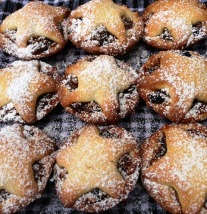 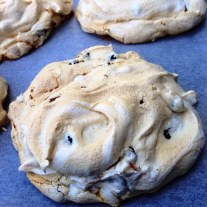 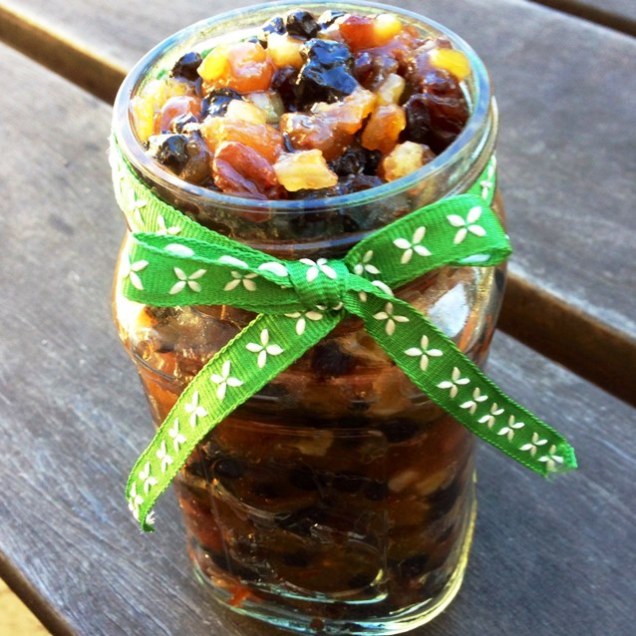 This week I was inspired  by a gorgeous photo of fruit mince rippled meringues in  the latest edition of Cuisine magazine to make my first batch of Christmas fruit mince of the season.  A now well established Christmas pantry essential in our house.  The product of many hours dedicated to sourcing, and then eventually making a good fruit mince in the early years of my marriage. In response to a classic changing of the guard moment when I suddenly realised I would need to start making a contribution to the Christmas table.

To be perfectly frank I had never been a particular devotee of fruit mince.  Perhaps because it was never part of my  family’s Christmas baking repertoire as I was growing up.  My family simply  didn’t “do” plum pudding or  mince pies, so fruit mince  had never really registered on my radar. Conversely, it played a huge part in my husband’s Christmas food memories. Almost to the point it became a deal breaker. He adores a good fruit mince pie, and in his books Christmas just isn’t the same without them.

Initially I cleverly sidestepped the issue  sourcing perfectly baked fruit mince pies  from a local gourmet deli. The real McCoy. Home made by someone’s generous nana at Christmas time. I remember being particularly thrilled that I had discovered a local underground foodie secret. So popular with those in the know that orders would need to be placed weeks in advance. There came a time, however, when nana hung up her baking apron.  Time for a new strategy. I bought and taste tested a lot of fruit mince pies that Christmas. All over Sydney. Nothing hit the mark or even came close. Nana had set the bar high so it was time to bite the bullet and make my own.  The hallmark of a great fruit mince pie? Crisp, rich buttery shortcrust pastry with a lusciously light and fruity filling. Finding a great pastry recipe was easy. A delicious fruit mince filling, infinitely more problematic.

Unfortunately, I find most commercially prepared fruit mince to be unpalatable. Cloyingly  sweet with  an almost metallic aftertaste. The solution? Make my own. Google fruit mince. There is a stunning array of variations and points of view out there. Complicated by an ongoing debate over whether to include or exclude citrus peel in the mix. Battle lines are very clearly drawn on this issue in our household with two of my own darling children adamant that mixed peel will never pass their lips. For the record I sit firmly on the fence on this issue. I don’t mind either way. I’m happy as long as the recipe is easy to prepare and tastes sensational.

Here are two fabulous but very different versions of our now staple Christmas pantry essential.  Made regularly and interchangeably, with constant tweaking and adaptation,   for well over (dare I admit it) a decade. The first, a traditional concoction of dried fruit. The second, an interesting modern rendition  courtesy  of Matthew Evans’ Any Fool Can Cook column published in the local paper a very long time ago. Using a boiled lemon in place citrus peel and plenty of grated apple for lightness and freshness. Happily all my children will eat this despite their previously stated aversions, and I’m not about to upset the applecart by arguing semantics with them.

Both recipes are uncomplicated, fuss free and very easy to prepare. Most importantly neither  needs to be prepared weeks in advance. Whilst I know it’s best to allow the flavours  to sit and develop in the refrigerator at least overnight,  I have been known to throw together my fruit mince in the morning to use in my baking later in the afternoon. Unconventional? Perhaps.  Practical? Most definitely.

Feeling organised? Make up a big batch and store in glass jars in the refrigerator. Modern or traditional? Choose according to your whim on the day. Not sure? Try both. Omit the citrus peel from the traditional version if you prefer. There are no hard and fast rules for what combination of dried fruit mixture should be used. Once opened a jar  of homemade fruit mince will keep for about a month. Handy for spooning into pastry bases for mince pies and tarts, swirling through meringue or simply stirring through vanilla ice cream for an easy dessert. On occasion I even make up jars for friends. A wonderfully festive gift. Much appreciated. No baking involved.

PLACE  all ingredients in a saucepan. Simmer for 5 minutes, stirring occasionally. Allow to cool.
SPOON  into clean, dry jars. Store in the fridge for up to 4 weeks.

Fruit Mince With A Modern Twist
Adapted from a recipe by Matthew Evans Any Fool Can Cook…Modern Fruit Tarts
Makes 2 cups or 500 g fruit mince.

This recipe uses a whole boiled lemon in place of  traditional suet and is finished with a generous lug of extra virgin olive oil. It’s a very clever, quick cheat. The result is light, luscious and fruity.

SQUEEZE the lemon and reserve the juice.
PLACE the lemon peel in cold water, bring to the boil and simmer until soft enough to puree, about 45 – 60 minutes, changing water twice. Drain well and puree in blender/food processor.
GRATE the apple coarsely into a bowl then add the strained lemon juice.
TOSS the currants, sultanas and sugar in the brandy then warm gently in a low oven to plump up the fruit.
COMBINE the apple and dried fruit mixtures together in a large bowl.
ADD the nuts and mixed spice. Stir and allow to sit overnight, if possible in a fridge.
STIR through a generous lug of extra virgin olive oil just before spooning into glass  jars for storing.