Eat, Fast and Live Longer. What’s It All About? Intermittent Fasting and the 5-2 Diet Plan.

Posted on March 17, 2013 by thepaddingtonfoodie

Since October last year there appears to be a groundswell of growing support for the 5-2  eating plan. Perhaps it’s just a case of heightened awareness on my part but over the last couple of weeks,in particular, media coverage seems to have escalated. In the newspapers, on the airwaves and on-line forums. It’s definitely on my radar. But what’s this all about?

Variously dubbed Intermittent Fasting  or  The Fast Diet, the  5-2 diet plan recommends five days of normal eating, and two non-consecutive days of fasting or restricted calorie intake per week. Fasting days allow a mere 500 calories for women and 600 for men. Not impossible to achieve if you make wise food choices. As far as I can surmise its origins can be traced back to a Horizon documentary from the BBC called Eat, Fast and Live Longer. Compelling and well worth viewing. For those of you who are curious and would like to view the original documentary for yourselves here is the all important link:

Following hot on the heels of this documentary there is also a book. The Fast Diet: The Secret of Intermittent Fasting – Lose Weight, Stay Healthy, Live Longer By Dr Michael Mosley and Mimi Spencer.  Published very recently in January 2013.

My first impressions? Eat, Fast and Live Longer appears to be more about healthy longevity than actual weight loss. Scientists are uncovering evidence that short, intermittent bursts of fasting helps people live longer. After all many cultures have incorporated periods of fasting into their way of life. It’s an age-old practice. Coincidentally, today those same cultures  report longer life expectancies and lower incidences of heart disease and cholesterol. More recently, scientific studies of fasting in both rodents and humans appear to indicate a connection between calorie restriction and longevity. In one study of overweight men and women, a calorie-restricted diet improved  insulin, cholesterol and blood glucose levels. All of which, in turn, greatly reduced the risk of developing age related diseases such as diabetes, Alzheimer’s, cardiovascular disease and cancer.

As with all relatively new research, scientists do not yet conclusively know whether the effects of fasting translate into an actual increase in lifespan. However this concept has captured the imagination of the wider public and is rapidly gaining popularity. The general consensus  appears to be that fasting for a day or two probably won’t hurt people who are generally healthy, provided they maintain an adequate fluid intake.

My take on all this? We lead modern lives that are a  far cry from our forebears.  They lived a feast-or-famine existence, gorging themselves after a big hunt and then not eating until the next.  Conversely we seem to live in a state of constant feasting. A first world problem associated with rising obesity, accelerated rates of heart disease and other health related problems. Beautifully parodied in E B White’s children’s classic Charlotte’s Web when the gluttonous rat Templeton is gently chastised by the old sheep. 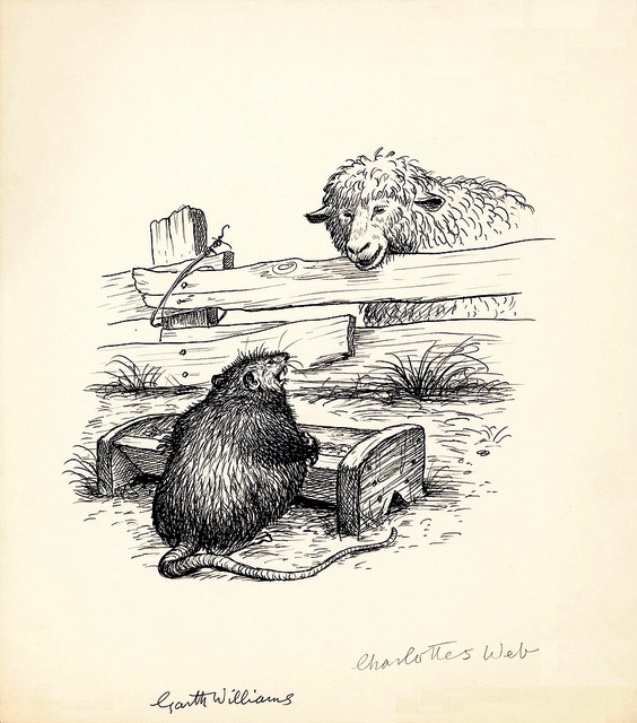 “Who wants to live forever… I get untold satisfaction from the pleasures of the feast.”

“As a result of overeating, Templeton grew bigger and fatter than any rat you ever saw.  He was gigantic.  He was as big as a young woodchuck.  The old sheep spoke to him about his size one day.  ‘You would live longer,’ said the old sheep, ‘if you ate less.’   ‘Who wants to live forever?’ sneered the rat.  ‘I am naturally a heavy eater and I get untold satisfaction from the pleasures of the feast.’  He patted his stomach, grinned at the sheep, and crept upstairs to lie down.”

If we are brutally honest I think many of us might admit to having a tiny little bit of Templeton in us. Perhaps it is this exact mindset the 5-2 eating and fasting plan is really targeting.

I cook. I eat. Far more than is necessary. That much is obvious from just a cursory glance at my blog. Rest assured in our house there is always a well stocked pantry. Leftovers in the fridge. Something sweet in the cake tin. More opportunities for a Nigella-esque fridge or pantry raid than you can poke a stick at. Granted more often than not it’s whole, healthy food cooked from scratch. In abundance. I seem to have a pathological need to feed people. Fortunately my children appear to be genetically blessed with long, lean athletic frames. With advancing age my husband and I perhaps need to be a little more careful.After all if we are to live longer than our forebears, we would prefer to be in good health.

Anyone who knows me well knows I don’t do diets but after viewing the documentary I am prepared to try this. On balance I’m not averse to a plan that may retrain my body, my mind and my appetite to eat less. I know I would not cope with restricting myself day in day out. My life is far too food centric. At face value two days of restricted eating is doable. So I’m fairly confident that it could work for me. At the very least it might get me thinking critically about what I’m actually  putting into my mouth.

12 Responses to Eat, Fast and Live Longer. What’s It All About? Intermittent Fasting and the 5-2 Diet Plan.